It is not just Kerala and its neighbouring states where Covid infections have been rising over the past few days. As many as 13 states recorded an increase in cases last week, apart from Tamil Nadu which saw no change, although 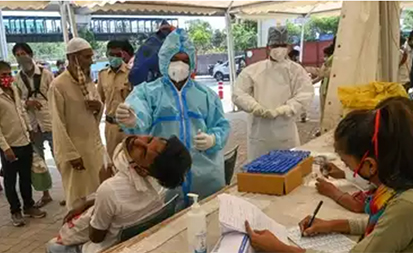 It is not just Kerala and its neighbouring states where Covid infections have been rising over the past few days. As many as 13 states recorded an increase in cases last week, apart from Tamil Nadu which saw no change, although absolute numbers remained low at most places, reports Amit Bhattacharya.

The hill states of north India saw the maximum rise in fresh cases during the July 26-August 1 week compared with the previous seven days. Himachal registered a 64% surge, the highest in the country, with cases rising from 670 in the previous week to 1,100. Uttarakhand logged a 61% rise, although numbers in the state were still quite low—437 last week as compared with 272 in the preceding period. J&K logged a surge of 26%.

Cases in Maharashtra drop 11%, steepest in 6 weeks
Delhi, where weekly cases had dropped to this year’s lowest count of 381 in the week before last, saw a 15% rise in infections. The city recorded 440 fresh cases last week. Neighbouring Haryana too registered a minor rise of 2%. While in absolute numbers these spikes were largely marginal, what’s significant is that all these states had been registering a fall in infections till the week before last.
In total numbers, Kerala’s weekly surge was by far the highest. The state logged nearly 1.4 lakh fresh cases, 20,000 more than the count in the previous week, translating to a 27% spurt in infections. Karnataka’s weekly total was 12,442, a 17% rise from 10,610 cases recorded in the previous week.

Significantly, worst-hit Maharashtra recorded an 11% drop in infections, the steepest percentage fall in six weeks. The state recorded 45,272 new infections during the week, down from 50,732 in the previous seven days.

Other states and UTs that saw a minor spike in weekly cases were Puducherry (7%) and Madhya Pradesh (3%).

Meanwhile, India recorded 29,853 fresh cases on Monday (with Delhi’s data yet to come in till midnight). The tally was lower than the number recorded last Monday (30,619) although Kerala’s cases remained relatively high at 13,984. Cases drop sharply every Monday due to lower testing and staff shortages over the weekend. There were 419 deaths reported during the day. 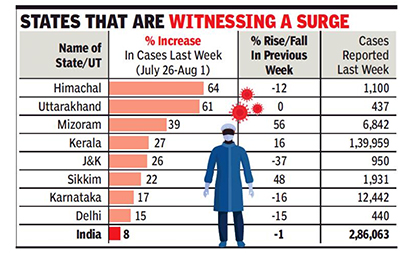 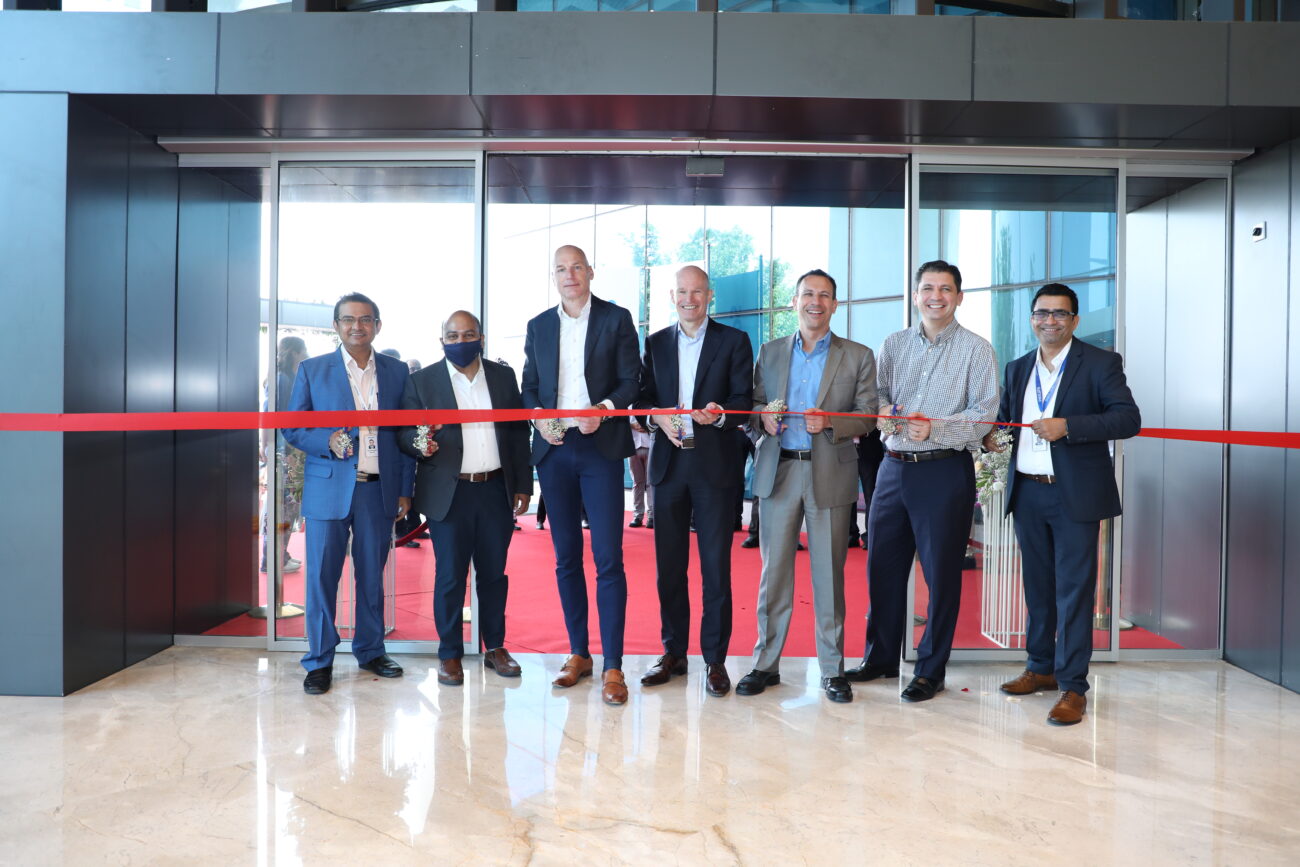