UNICEF’s Reimagine campaign calls for urgent investment to bridge the digital divide, reach every child with remote learning, and, most critically, prioritize the safe reopening of schools    At least a third of the world’s schoolchildren – 463 million children globally – were unable to access remote learning when COVID-19 shuttered their schools, according to 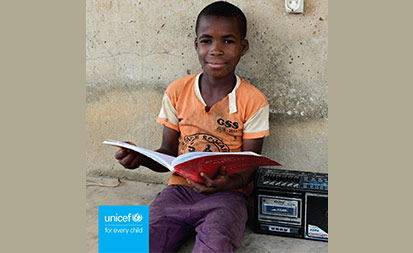 UNICEF’s Reimagine campaign calls for urgent investment to bridge the digital divide, reach every child with remote learning, and, most critically, prioritize the safe reopening of schools

At least a third of the world’s schoolchildren – 463 million children globally – were unable to access remote learning when COVID-19 shuttered their schools, according to a new UNICEF report released today as countries across the world grapple with their ‘back-to-school’ plans.

“For at least 463 million children whose schools closed due to COVID-19, there was no such a thing as remote learning,” said Henrietta Fore, UNICEF Executive Director. “The sheer number of children whose education was completely disrupted for months on end is a global education emergency. The repercussions could be felt in economies and societies for decades to come.”

At the height of nationwide and local lockdowns, nearly 1.5 billion schoolchildren were affected by school closures. The Remote Learning Reachability report outlines the limitations of remote learning and exposes deep inequalities in access.

The report uses a globally representative analysis on the availability of home-based technology and tools needed for remote learning among pre-primary, primary, lower-secondary and upper-secondary schoolchildren, with data from 100 countries. Data include access to television, radio and internet, and the availability of curriculum delivered across these platforms during school closures.

Although the numbers in the report present a concerning picture on the lack of remote learning during school closures, UNICEF warns the situation is likely far worse. Even when children have the technology and tools at home, they may not be able to learn remotely through those platforms due to competing factors in the home including pressure to do chores, being forced to work, a poor environment for learning and lack of support in using the online or broadcast curriculum.

The report highlights significant inequality across regions. Schoolchildren in sub-Saharan Africa are the most affected, with half of all students cannot be reached with remote learning.

The report also notes varying rates of access across age groups, with the youngest students most likely to miss out on remote learning during their most critical years of learning and development:

UNICEF urges governments to prioritize the safe re-opening of schools when they begin easing lockdown restrictions. When reopening is not possible, UNICEF urges governments to incorporate compensatory learning for lost instructional time into school continuity and reopening plans. School opening policies and practices must include expanding access to education, including remote learning, especially for marginalized groups. Education systems must also be adapted and built to withstand future crises.

As part of its Reimagine campaign aims to prevent the COVID-19 pandemic from aggravating a lasting crisis for children, especially the poorest and most vulnerable, UNICEF is calling for urgent investment to bridge the digital divide, reach every child with remote learning, and, most critically, prioritize the safe reopening of schools.

In India, over 1.5 million (15 lakh) schools have been closed due to the pandemic affecting 286 million (28.6 crore) children from pre-primary to secondary levels, (of which 49 per cent girls) This adds to the 6 million (60 lakh) girls and boys who were already out of school prior to the COVID-19.

Government of India and state governments have put in place several initiatives through digital and non-digital platforms to facilitate continuity of learning at home, such as the Diksha Portal (online), Doordarshan and Swayam Prabha (TV channels) and the National Repository of Open Education Resources; Alternate Academic Calendar and other state platforms/initiatives.

However, multiple pathways and outreach strategies are required to improve access and use of learning materials by children/students, especially in reaching the unreached- because of the digital divide.

Available data indicates that approximately a quarter of households (24 per cent) in India have access to the internet and there is a large rural-urban and gender divide. The learning gap is likely to widen across high, middle and low-income families, as children from economically disadvantaged families cannot access remote learning.

Students and girls from most marginalized communities do not easily have access to smartphones, and even if they do, internet connectivity is poor, and quality education content is often not available in vernacular languages coupled with access to other forms of remote learning giving rise to inequality in access to education.

UNICEF India Representative, Dr Yasmin Ali Haque said, “We know that in any crisis, the young and the most vulnerable suffer disproportionately. Schools are closed, parents are out of work and families are under growing strain. An entire generation of children have seen their education and learning interrupted. Access to digital education is limited and by itself cannot solve the learning gap. Blended approaches are needed involving communities, parents, volunteers to reach children and support their learning in these times.” 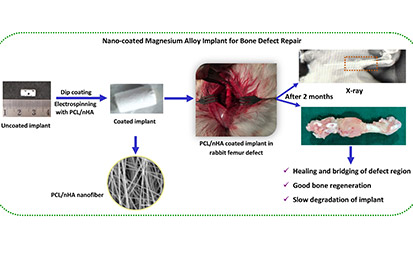 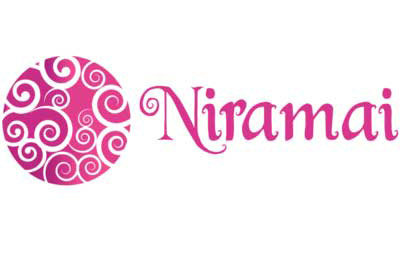 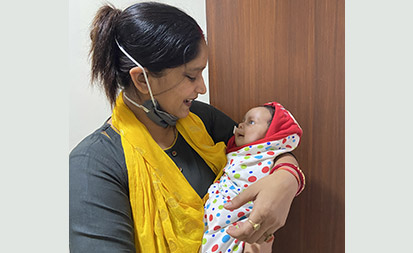