Apollo Hospitals, Chennai is the pioneer (since 2010) in utilizing extracorporeal membrane oxygenation (ECMO). During the brutal second wave of Covid-19, the team broke records by successfully helping lung function to recover in the largest

Apollo Hospitals, Chennai is the pioneer (since 2010) in utilizing extracorporeal membrane oxygenation (ECMO). During the brutal second wave of Covid-19, the team broke records by successfully helping lung function to recover in the largest number of patients in India.

What is ECMO? The patient’s blood is purified and oxygenated through large tubes placed inside large veins (close to the heart) and returned back by means of a pump. In the majority of patients who have COVID-19 that causes lung failure, only lung support is required. In a small number of patients, it is required for the support of the heart function also.

Apollo Hospitals in Chennai has the country’s most advanced ECMO unit, which has successfully treated over 270 ECMO patients since 2010. ECMO is employed in a variety of situations, including poisoning, trauma, and infections such as H1N1, pre and post-transplant patients and most recently, COVID -19. We have demonstrated that ECMO was very effective in patients who were unable to be treated with conventional ventilator therapy. Among the many records the Apollo Chennai ECMO unit has set, we also have the longest bridge to lung recovery patient on ECMO for 116 days (183 days of hospitalisation).  In addition, some of the other records include longest average stay 60 days, and the most number of patients who have recovered normal lung function after three months.

Sharing insights with the media Dr. Paul Ramesh, Senior Consultant Cardiothoracic and Heart and Lung Transplant Surgeon, Apollo Hospitals, said “The average period on ECMO prior to discharge is 60 days. The current survival rate (at 6 months) for ECMO patients is 73.9 percent, which is higher than the global average of 40-50 percent. One of the most effective outcomes of Apollo Hospitals’ ECMO programme is a patient who was on ECMO for 116 days, the longest bridge to recovery in India. By using ECMO we have seen that the majority of patients with significant lung injury recover fully, eliminating the need for a lung transplant.”

He also added, “Of the 23 persons infected during the second wave of covid-19 with the delta variant placed on ECMO, ten patients have been discharged, one patient had a successful transplant, two patients are off ECMO and undergoing rehabilitation, and we lost six patients due to severe illness.”

Dr. K. Madhankumar, Senior Consultant Cardiothoracic and Heart and Lung Transplant Surgeon, Apollo Hospitals, said, “The reasons for our team’s success include awake ECMO, which allows patients to remain awake and engage with their families, which boosts their morale and enhances the likelihood of a faster recovery and better treatment outcomes. Patients on ECMO are urged to exercise on a regular basis, and physiotherapy is provided to fully mobilize them quickly after they have been removed from the machine.”

Ms. Suneeta Reddy, Managing Director, Apollo Hospitals Group said, “In order to establish a state of the art ECMO unit that can deliver outcomes on par with the best units in the world, many streams of expertise, knowledge and skill from medical, nursing, perfusion technology as well as management and administrative streams have to come together. It is with a deep satisfaction that I acknowledge that has happened at a time when it was needed the most.” 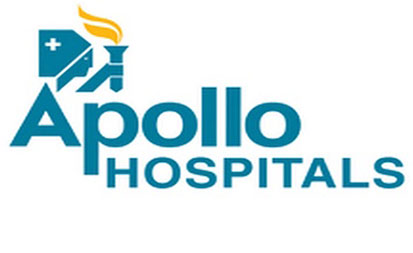