A virtual conference titled ‘Leadership During Crisis: Learning from the Forces’ was successfully organized by Cognigix on 29-August-2020, an end-to-end digital learning firm based out of Mumbai. The conference was graced by the presence of seven of 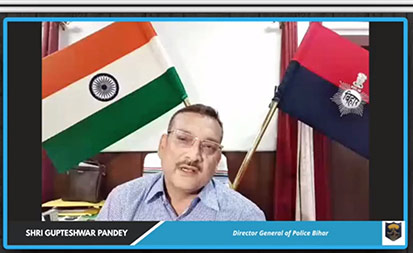 A virtual conference titled ‘Leadership During Crisis: Learning from the Forces’ was successfully organized by Cognigix on 29-August-2020, an end-to-end digital learning firm based out of Mumbai. The conference was graced by the presence of seven of the senior-most officers of the Indian Police and Paramilitary Forces. The motive of the event was to pay a tribute to the forces for their exceptionally self-less efforts during the Corona crisis and learn from them. Four serving state DGPs from Kerala, Chhattisgarh, Bihar and Sikkim and the DG of Railway Protection Force along with two former DGs shared their stories and insights during the conference. In conversation with them were thought leaders from industries such as Rashesh Shah, Chairman of Edelweiss, Ronnie Screwvala, Co-founder of UpGrad and Bharat Goenka, Vice Chairperson of Tally Solutions. Attended by nearly 5,000 people, this over two hours of inspirational event was witnessed with amazement and immense praise.

The DGP of Kerela Shri Lokanath Behera gave credit to the idea of community policing and public support which became a major factor in making their corona prevention efforts successful. He also spoke about the use of technology such as drones to spot and warn lockdown violators. The highlight of his conversation with Mr. Ronnie Screwvala was the common-sense management of COVID in Kerala.

Shri Arun Kumar, DG of Railway Protection Force emphasized how the RPF personnel went beyond their call of duty while safeguarding the railway properties. They distributed more than 35 lakhs food packets and other essentials to the migrant passengers, provided safety of camp to people walking back home on railway tracks and converted empty coaches into quarantine beds among many other initiatives.

The DGP of Chhattisgarh Shri DM Awasthi in conversation with Mr. Bharat Goenka shared the distinction of being one of the very few states that did not report a single incidence of high handedness by police. He emphasised on the humane approach of policing during COVID. He shared a number of initiatives taken by the police including speedy promotions and leading by examples to keep the force motivated.

The DGP of Bihar Shri Gupteshwar Pandey stressed that unlike other states he had to use a hard-soft strategy to tackle the issues. He explained to Mr. Rashesh Shah that it was very important to ensure a balanced approach free of police high handedness and public misbehavior. He narrated how he personally involved himself in many initiatives undertaken by police in Bihar to prevent the spread of Corona and keep the force safe.

Shri A. Shankar Rao, DGP of Sikkim shared that they started screening for COVID-19 as early as January. International tourists were issued notices to leave. The whole state was turned into a containment zone and citizens willingly supported the police drives. He shared that interestingly all the pharmaceuticals companies in the state were functioning at 80% capacity and no COVID incidents were reported.

Both the Former DGs addressing the event, Shri K Durga Prasad of CRPF and SPG, and Shri Julio Ribeiro of Punjab and Gujrat emphasized the incredible role of police during the Corona crisis. They expressed how police adapted to the new role of managing public health crisis so successfully and won the hearts of citizens. Shri Ribeiro suggested that police must come up with a model that this positivity continues.

Ajay Kumar, Founder, and CEO, Cognigix expressed his immense happiness at organising an event of this magnitude to pay tribute to the forces. He said, “I have been working with the law enforcement agencies for a considerable time and understand the challenges and sacrifices that go into performing their duties. This conference is a way to help citizens get an insight into how the forces have been managing the Corona crisis. An event where they come together to pay their tribute to the force.”

The event received excellent response and about 5,000 people from all walks of life joined to listen to the forces and pay a tribute to them. The attendees were personnel from the police and paramilitary forces and their academies and training centers, executives from corporate houses in the public and the private sector from India and Indian abroad, students and faculty from top business schools including IIMs, entrepreneurs, startups, SMEs and dignitaries from  various ministries and public sector departments and the public in general. 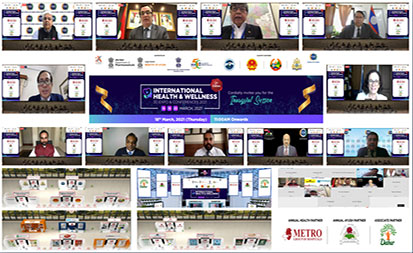 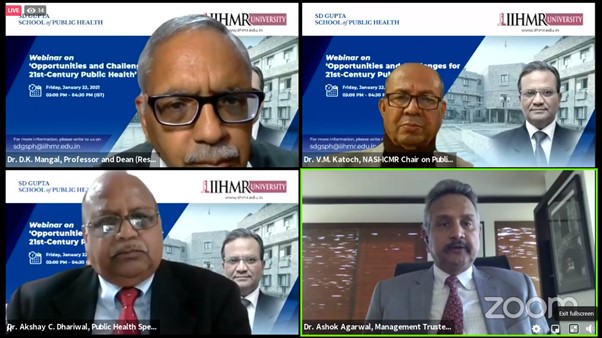