Home / News Update  / Incidence of Lung and Mouth Cancer cases are on rising, non-smokers are also falling prey to the disease, Says City Doctors on World No Tobacco Day

Incidence of Lung and Mouth Cancer cases are on rising, non-smokers are also falling prey to the disease, Says City Doctors on World No Tobacco Day

West Bengal has an estimated daily lung and oral cancer per 100,000 people is around 100 and 50 respectively 80-85% of patients continue to report lung cancer at advanced stages Targeted tissue therapy is becoming

Ahead of World No Tobacco Day, the clinicians from the city participated in a discussion organized by Neuberg Diagnostics to share insights on tobacco’s ill effects. Experts shared that lung and mouth cancers have become the top two cancer sites in males, however, the rising number of incidences in women has become a cause of concern as lung cancer is the fourth most prominent cancer site in women too.  According to experts, weight loss, sputum production, cough, and coughing blood are some of the prominent early symptoms of lung cancer.

The experts noted that in West Bengal the estimated daily lung and oral cancer per 100,000 people is around 100 and 50 respectively. In West Bengal, shockingly, the rate of tobacco consumption has increased in people in adolescence, which is also an important reason for the prevalence of lung cancer. Cigarette smoking in childhood and adolescence plays a role in developing lung cancer by contributing to the duration of smoking and lifetime exposure to smoking-related carcinogens and may serve as an independent risk factor for lung cancer. Consumption of tobacco not only has an ill effect on the person who is consuming it but also on their families as a passive smoker has a chance of contracting cancer too. Doctors requested everyone to stop consuming tobacco immediately and it will improve not only the quality of their life but also the people around them.

Dr. Vikram Chaturvedi, Surgical Oncology, Medical College Kolkata said “Cancer is a devastating and potentially deadly disease.  However, early diagnostic screening of individuals at high risk for cancer can help them receive treatment in earlier and more treatable stages. With the rapid increase in the rate of people diagnosed with cancer, the development of remedies and treatments is also taking place. Scientists and researchers are also finding new techniques to fight against this deadly disease. Apart from surgery, radiation, or chemotherapies, several new-age treatments are also available today. These new treatments claim to have lesser side effects, which is an essential aspect of cancer treatment.”

Dr. Amrita Singh, Chief of Lab Services, Neuberg Diagnostics, Kolkata said “Integrated and multidisciplinary care for cancer patients by surgical, medical, molecular pathologist and genetic counselor can effectively manage these patients. Targeted therapy has emerged as an important method to treat cancer. Targeted therapies act on specific molecular targets associated with cancer, whereas most standard chemotherapies act on all rapidly dividing normal and cancerous cells, which also kill normal cells. Targeted therapy is known to cause lesser side effects as compared to chemotherapy while improving the quality of life of patients.”

She further added, “Cancer is caused by specific changes to genes that control the way our cells function, especially how they grow and divide. Genes carry the instructions to make proteins, which do much of the work in our cells. There is a new advancement in diagnostic of cancer, such as genomic testing which further help experts to plan personalized targeted therapies to the patients for better outcomes”

The experts highlighted prevention is better than cure and urged all society members to stop consuming tobacco in any form immediately and lead a healthy life. 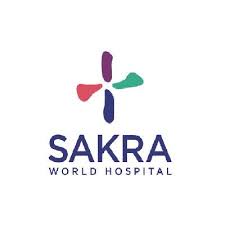 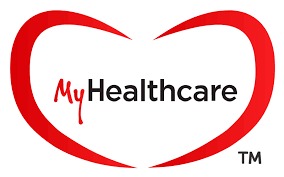 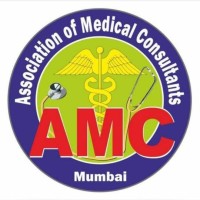