Medica Group of Hospitals, the largest private hospital chain in Eastern India, at its flagship facility Medica Superspecialty Hospital in Kolkata cured a 53-year-old lady who was diagnosed with a large uterine fibroid, which was 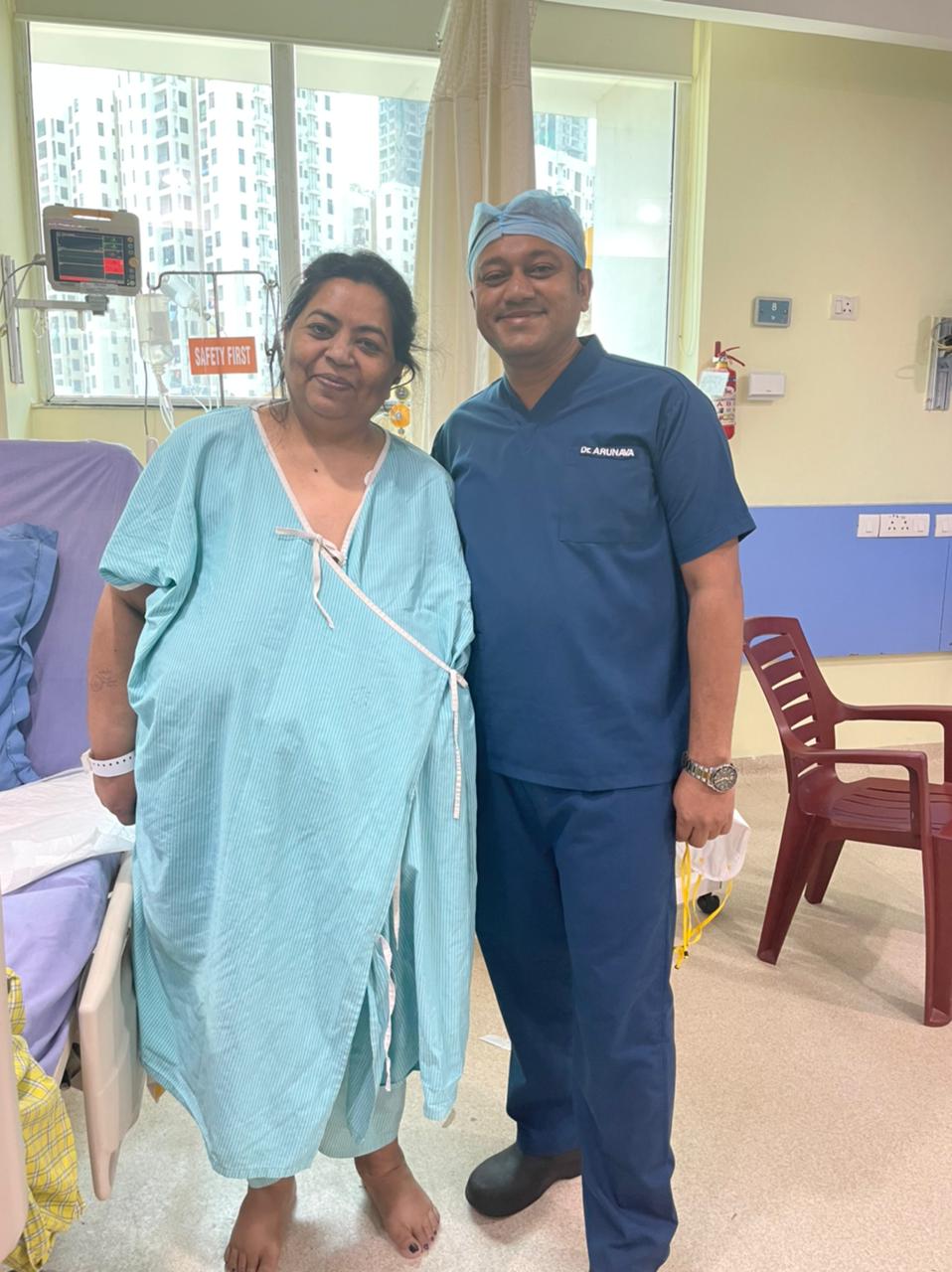 Medica Group of Hospitals, the largest private hospital chain in Eastern India, at its flagship facility Medica Superspecialty Hospital in Kolkata cured a 53-year-old lady who was diagnosed with a large uterine fibroid, which was growing outside her uterus. Despite the huge fibroid, the patient successfully underwent gynae robotic surgery with hysterectomy and BSO (A bilateral salpingo-oophorectomy is a surgery to remove both of your ovaries and fallopian tubes) through small holes without any blood transfusion. The team of experienced doctors from the Gynae Oncology department and the care team of Medica joined hands together for this remarkable case. The team put in their combined efforts under the leadership of Dr. Arunava Roy, Senior Consultant & Head- Gynecologic Oncology & Women Cancer Initiative, Medica Superspecialty Hospital, to achieve this momentous feat on, April 13, 2022.

On April 12, 2022, a 53-year-old working woman was admitted to Medica Superspecialty Hospital with postmenstrual bleeding which reoccurred 6-7 months after menopause. The patient’s medical and surgical history was complicated by the fact that she was morbidly obese, weighing 128 kgs and having a BMI of 49.1. Besides, she had all the possible medical comorbidities, such as hypertension, asthma, osteoarthritis, diabetes, and hypercholesterolemia; along with a complex surgical history that included 5 previous abdominal surgeries, two of which were for hernia repair via Meshplasty. Despite previous surgeries, she still had two hernias, one in the upper abdomen and one around the umbilicus. All these issues combined to make her a challenging patient for surgery and anesthesia. Post a thorough diagnosis, it was revealed that a large uterine fibroid that measured around 20 cm (the size of a football) was growing outside her uterus. Furthermore, the inner layer of her uterus was thickened which on hysteroscopy (endoscopy of the uterus conducted by placing a camera inside the patient), revealed a non-cancerous polyp. However, an MRI scan ruled out possible cancerous changes within the fibroid. The patient was advised to wait a few days to see if the bleeding would stop. However, she returned for surgery after a week of continued bleeding.

Because of the high quotient of abdominal fat and existing scars and hernia, open surgery was not an option because it could result in wound complications such as infections, wound breakdown, and hernia reoccurrence. At Medica, the patient was evaluated for cardiological clearance, respiratory medicine clearance, and aesthetic clearance before being admitted on April 12th. After the robotic hysterectomy, the uterine fibroid was separated from the uterus and was delivered through the small hole in pieces.

Dr. Arunava Roy, who led the operation, said, “It was indeed a very challenging operation but above all, the most difficult aspect of the entire operation was removing the massive tumor through a small hole with no large incision. The recovery went very well because, in such procedures, the patient could be discharged from the hospital within 24 hours without any complications or sickness. The patient and her entire family are extremely pleased with the care she received. She visits the OPD for check-ups and we are very pleased to see her completely recovered. We wish her all the best in life.”

Medica always believed in using cutting-edge technology that is beneficial to patients in terms of reducing hospital stays thus reducing costs, better clinical outcomes, and faster recovery. With such an aim, the patient was discharged after successful robotic surgery on the first postoperative day. On a rare occasion in Eastern India, the surgical and anesthetic teams rose to the challenge of robotically operating on a gynae patient with such a complicated medical and surgical profile. 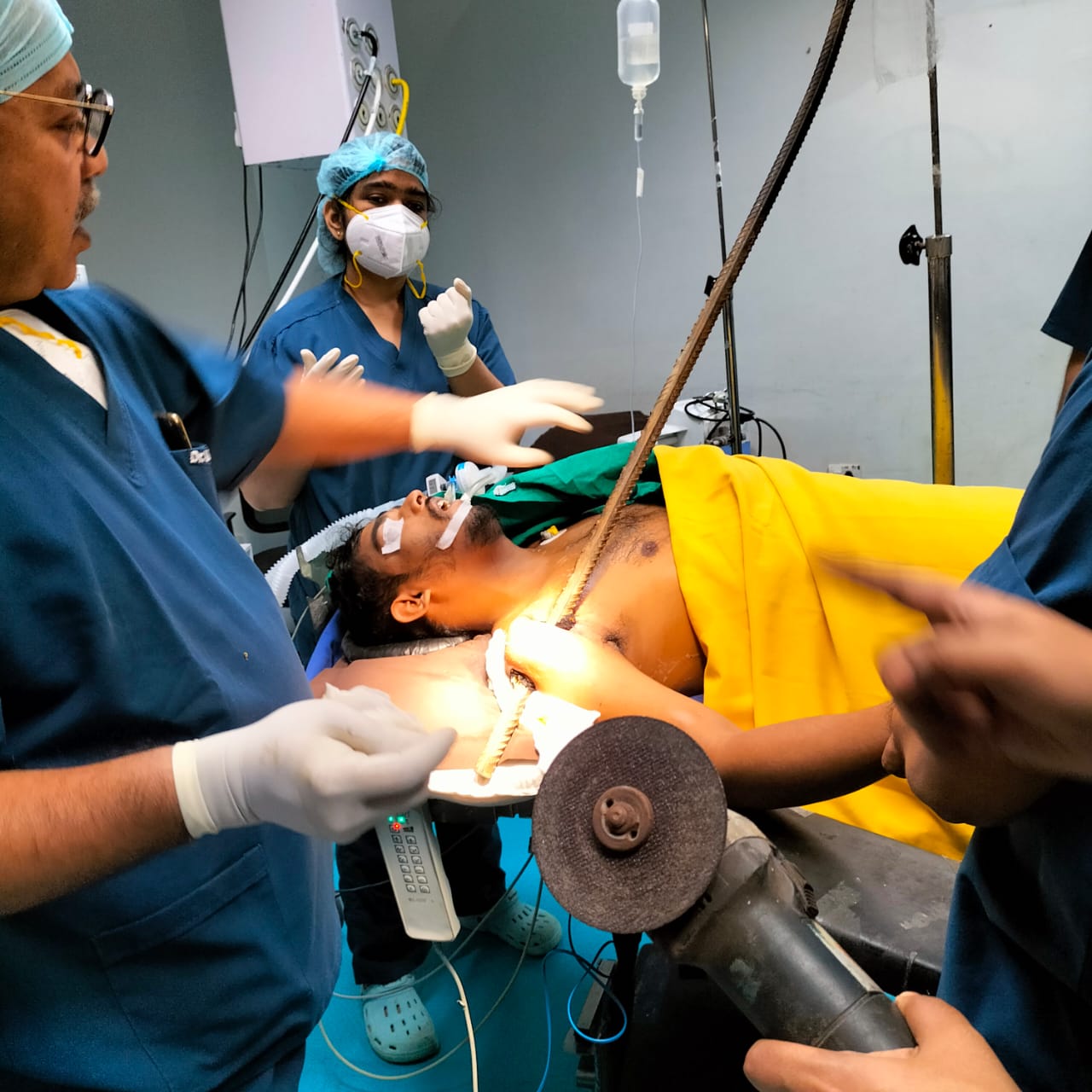 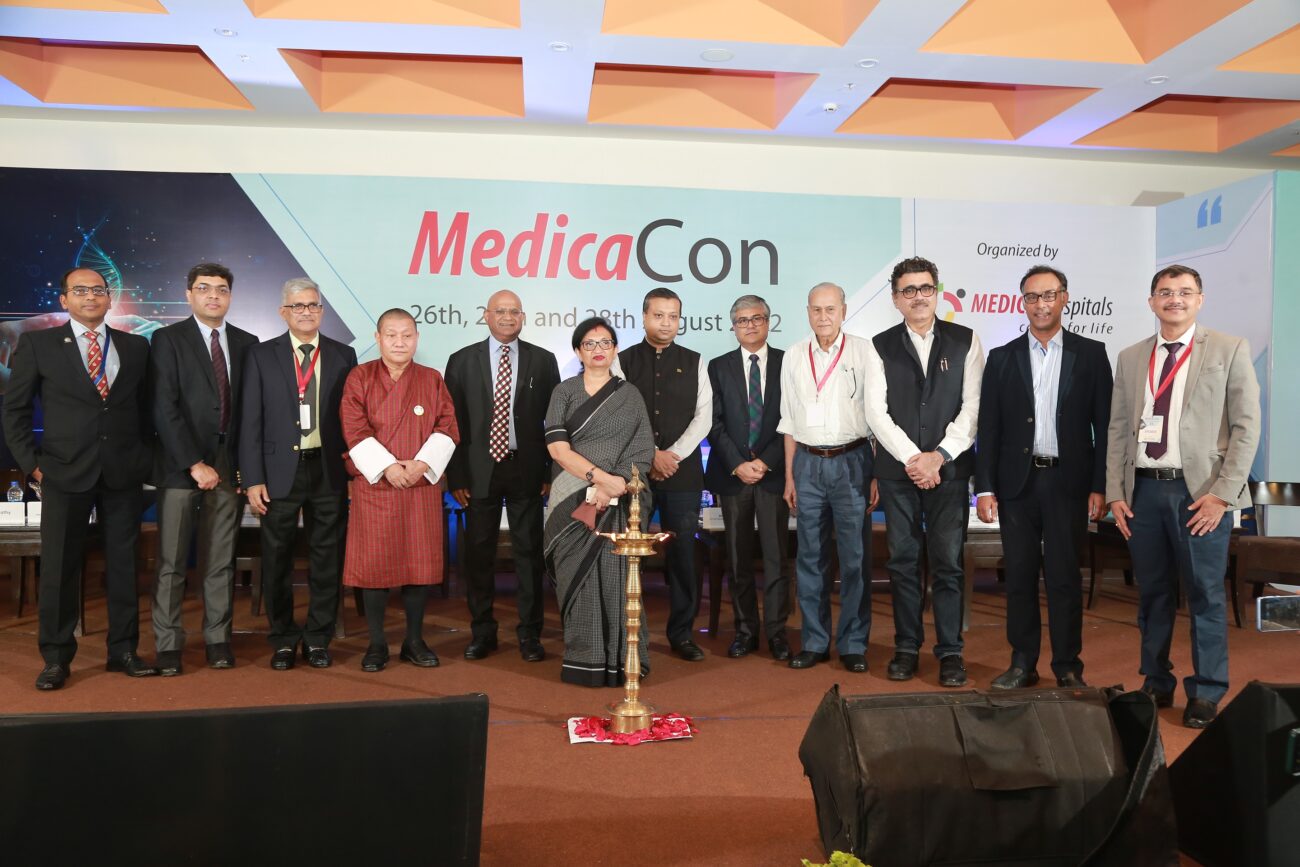 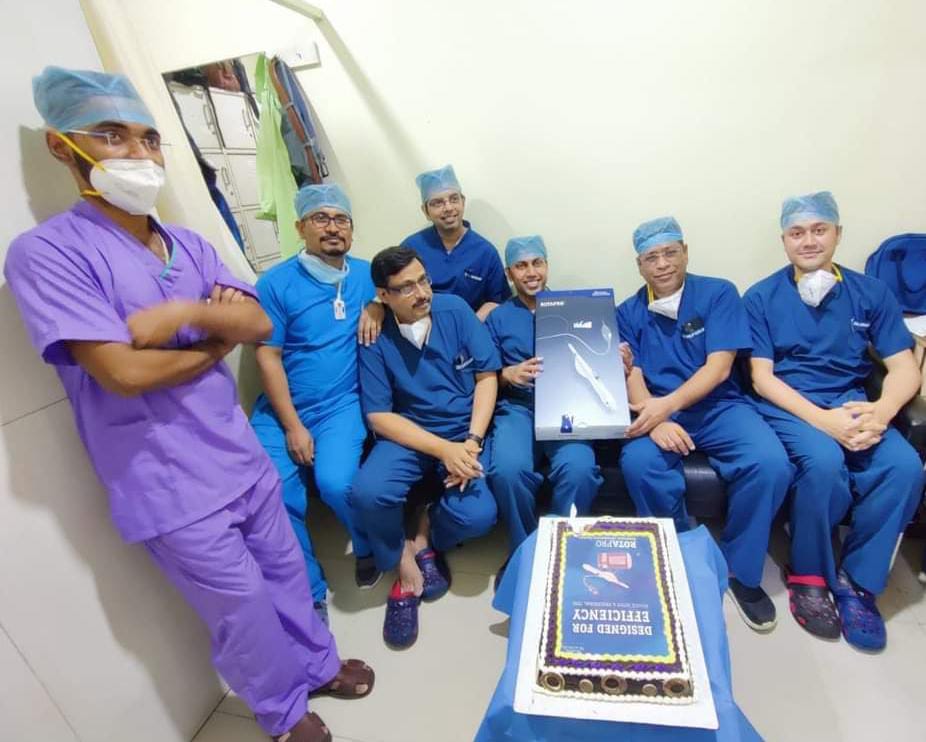 Medica, the first hospital in Kolkata to use Rotapro Atherectomy Device for treating Triple Vessel Disease 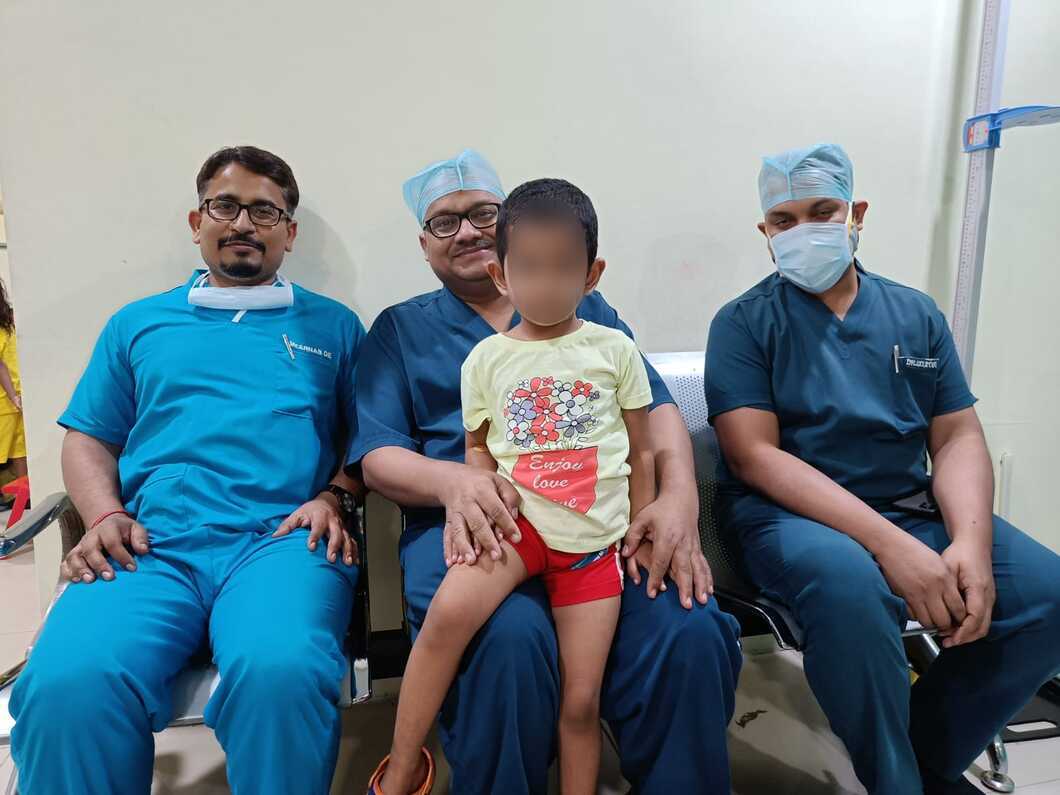