Statins may protect slightly against COVID-19 death Widely-used statin drugs for lowering cholesterol may be linked to a slightly lower risk of dying from COVID-19, new data suggest. Researchers at Karolinska Institute in Sweden reviewed the 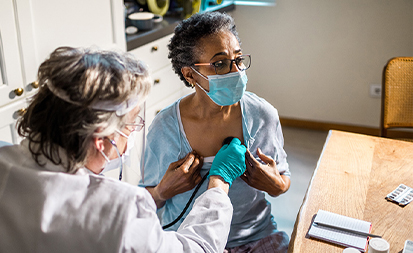 Widely-used statin drugs for lowering cholesterol may be linked to a slightly lower risk of dying from COVID-19, new data suggest. Researchers at Karolinska Institute in Sweden reviewed the medical records of nearly 1 million residents of Stockholm over the age of 45 between March and November 2020, roughly 18% of whom had been prescribed a statin, such as Pfizer Inc’s Lipitor (atorvastatin) and Merck & Co’s (MRK.N) Zocor (simvastatin). The people prescribed statins had more risk factors for poor COVID-19 outcomes: they were older, more often male, had more medical conditions, lower education levels and less disposable income. After taking all that into account, statin users were still 12% less likely to have died of COVID-19 during the study period, according to a report published on Thursday in PLOS Medicine. The researchers did not compare outcomes in people who actually got infected with the virus, however. And they only had data on prescriptions – not on whether patients took the medicine as prescribed. A formal clinical trial would be needed to confirm the findings. Still, they conclude, their data “suggest that statin treatment may have a modest preventive therapeutic effect on COVID-19 mortality.”

People who got Johnson & Johnson’s (JNJ.N) COVID-19 vaccine as a first shot had a stronger immune response when boosted with vaccines from either Pfizer Inc (PFE.N)/BioNTech SE or Moderna Inc (MRNA.O), according to a study run by the National Institutes of Health. The trial, which included more than 450 adults who received initial shots from Pfizer/BioNTech, Moderna, or J&J, also showed that “mixing and matching” booster shots using different vaccine technology is safe in adults, the researchers reported in a paper posted on medRxiv on Wednesday ahead of peer review. Moderna’s and Pfizer’s vaccines are based on messenger RNA (mRNA) while J&J’s uses viral vector technology. The trial looked at a total of nine combinations of initial shots and boosters. Using different types of shots as boosters generally produced a comparable or higher antibody response than using the same type, the researchers reported. Mixing booster doses “may offer immunological advantages to optimize the breadth and longevity of protection achieved with currently available vaccines,” they said.

Older patients are known to be at higher risk for poor outcomes after infection with the coronavirus, but among those hospitalized with COVID-19, other characteristics help predict who is likely to do poorly, new data suggest. In a review of data on 4,783 people age 65 and older who were hospitalized for COVID-19 early in the pandemic, researchers at Northwell Health hospitals in New York found that age itself did not independently predict whether a patient was more likely to die. Instead, they reported on Thursday in BMC Geriatrics, more important predictors of death for elderly patients were factors such as how independent they were before the infection, how sick they were when they arrived at the hospital, and their pre-existing medical conditions, such as high blood pressure, kidney disease, lung disease and dementia. The researchers noted that in facilities forced to ration care or facing resource shortages, some guidelines use advanced age as a reason to deny care. “Our findings support the American Geriatrics Society position statement indicating age alone should never be used to make decisions regarding resource allocation under conditions of resource scarcity,” the researchers said. “Although age is still an important factor in the overall risk of COVID-19 mortality, a comprehensive approach that accounts for the above factors is essential in preventing ageism.”

Sputnik V demonstrates strong protection against Omicron variant, with over 2 times higher virus neutralizing activity compared to the Pfizer vaccine according to a unique independent comparative study conducted by the Spallanzani Institute in Italy