Home / Doctor Speaks  / World Hepatitis Day: Reminding us of the dangers of the disease

World Hepatitis Day: Reminding us of the dangers of the disease

Commemorated annually on July 28th, World Hepatitis Day marks the birthday of Dr Baruch Blumberg (1925–2011), who’d identified the Hepatitis B virus (HBV) in 1967. Two years after his discovery, Dr Blumberg had gone on

Commemorated annually on July 28th, World Hepatitis Day marks the birthday of Dr Baruch Blumberg (1925–2011), who’d identified the Hepatitis B virus (HBV) in 1967. Two years after his discovery, Dr Blumberg had gone on to create the first diagnostic test and vaccination for the virus. His work brought him the Nobel Prize in Medicine in 1976.
Hepatitis is an inflammation of the liver, leading to health issues, including liver cancer. World Hepatitis Day seeks to draw the world’s attention to the global burden of viral hepatitis and to influence real change and is observed for the following reasons:

• To raise awareness and provide an opportunity to increase national and international efforts on hepatitis,
• Encourage actions and engagement by individuals, partners and the general public, and
• Highlight the need for a more comprehensive global response.

Hepatitis can be caused by several reasons, including heavy alcohol intake, some medications, toxins, and certain medical conditions. However, in most cases it is caused by a virus. Various types of viral hepatitis include hepatitis A, B, C, D, and E; among these, hepatitis B and C are the leading causes of death, claiming millions of lives each year.

Causes and symptoms of the disease

Hepatitis is a global epidemic and can be contracted anywhere, turning fatal if left untreated. The disease is mostly transmitted through blood contact, physical intercourse or from a mother to her child.
Hepatitis A and E are usually caused by the ingestion of contaminated food and water. Hepatitis B, C and D, however, typically result from contact with infected blood or other bodily fluids.
The effects of acute viral hepatitis range from mild flu-like sickness to catastrophic liver failure. While symptoms don’t always present themselves, the intensity of the symptoms and speed of recovery vary considerably, depending on the particular virus and on an individual’s response to the infection. While hepatitis B and E cause severe symptoms, hepatitis A and C frequently cause mild symptoms that go unreported. Infection with both hepatitis B and D (known as co-infection) may aggravate hepatitis B symptoms.

Acute viral hepatitis symptoms appear quickly. They include low appetite, general illness, nausea and vomiting, fever and abdominal pain. In smokers, an aversion to cigarettes is a characteristic symptom. Infected people may experience joint pains and itchy red hives on their skin, especially if they have hepatitis B. Appetite usually returns about a week after the onset of symptoms. After 3 to 10 days, the urine can turn dark and the stool, pale. Jaundice could develop, occasionally accompanied by itching.

The World Health Organization (WHO) has designated hepatitis as India’s foremost health concern. According to WHO, 4 crore Indians had chronic hepatitis B and 60 lakhs to 1.2 crores had hepatitis C in 2020. The Indian Journal of Medical Research, states that 250,000 Indians die annually from viral hepatitis or its repercussions.

The WHO seeks every nation’s collaboration in combating and eliminating this threat by 2030. Some of the key steps towards this include preventing new-born infection by using vaccinations, preventing transmission from mother to child by testing pregnant women for hepatitis B and making timely treatment services available to all.

Despite the bleak state of affairs, good news is that there’s been significant progress in preventing and treating hepatitis in recent years. Vaccines have helped suppress viral hepatitis in recent decades. Safe and effective hepatitis A vaccines have even reduced infection rates, and universal hepatitis B vaccination has helped reduce new infections. Even so, a million hepatitis B patients have needed a hepatitis D vaccine to prevent super-infection. Trials are under way to develop a vaccine against hepatitis C. Anti-hepatitis E vaccine is safe and effective, but only licensed in China.

While vaccines continue to be an important pillar in the struggle to effectively reduce morbidity and mortality cost, there is still a long way to go. 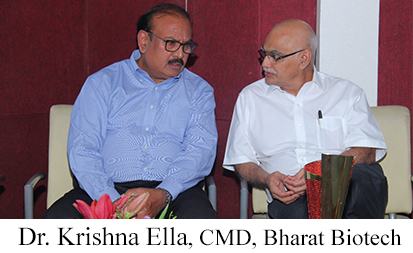 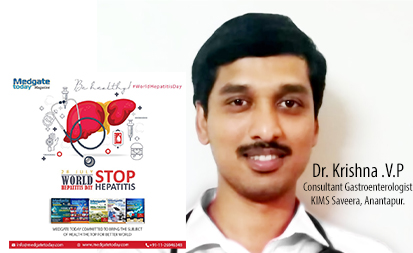